McIntosh has a new stereo amplifier that is all sorts of crazy and I mean that in a good way. Introducing the MC1502, this amplifier is for some serious audiophiles with some serious money. The retail price is a whopping $11,000 which leaves most of us including me out of the running. This article is a little different from others you will find here at My Home Stereo. I’m writing this here simply because I think this thing is cool. There won’t be comparisons to other amplifiers or a review of this product at this time. This is a really expensive machine that is also nice to look at. Most of us probably won’t be able to shell out 11 grand but we can dream right? So let’s take a look. 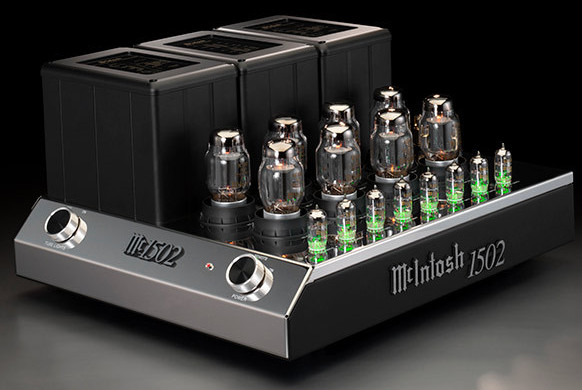 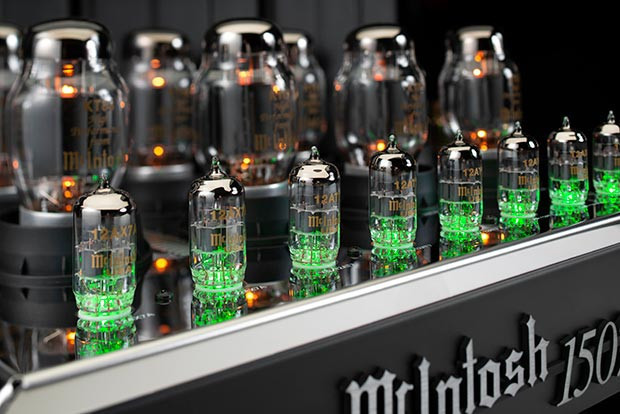 The McIntosh MC1502 is a replacement for the award-winning MC2152 which was released for the McIntosh 70th anniversary last year. The specs and capabilities of the MC1502 are very similar to its predecessor. According to McIntosh, the new amplifier has a more classic appearance than the MC2152 with tactile knobs, black-and-steel accents and a florescent green glow. It shares the styling of the classic MC275 Vacuum Tube Amplifier. The MC1502 is essentially the big brother of the MC275 and has twice the stereo power rating. It also has a quieter performance than the MC275 with a better signal-to-noise ratio of 112dB vs 105dB. 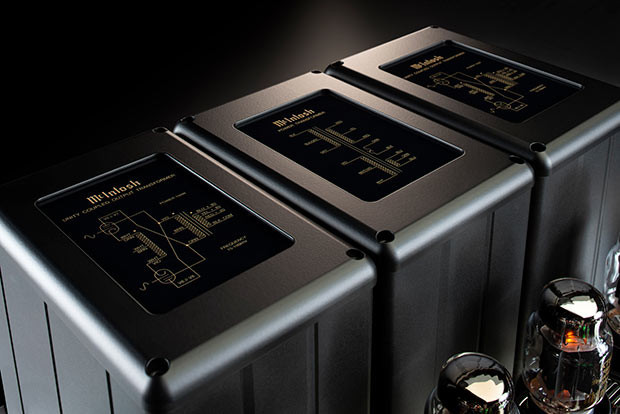 Using McIntosh’s patented Unity Coupled Circuit output transformer technology, the same tech the company was founded on in 1949, this amplifier will drive any speakers you own regardless if they have 2, 4 or 8 Ohm impedance. There are 150-watts per channel and has eight KT88 output vacuum tubes, four for each channel. It also has eight smaller signal tubes consisting of four 12AX7A and four 12AT7 vacuum tubes. All the vacuum tubes are covered by a 12-gauge stainless steel wire cage with a black powder coated finish. The power transformer is flanked by two Unity Coupled Circuit output transformers and sits between them. 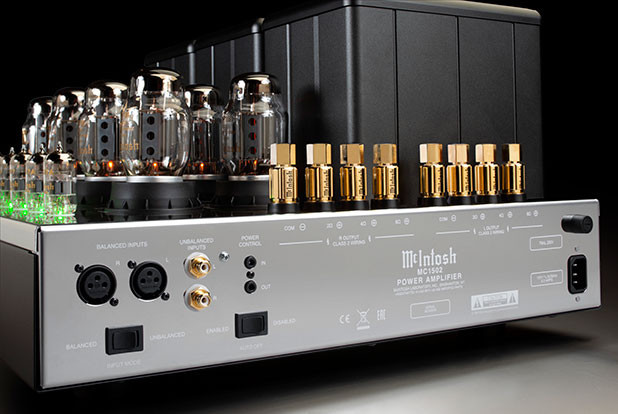 The MC1502 has both balance and unbalance inputs to connect to your preamp and the rest of your audio system. They use their patented Solid Cinch™ speaker binding posts that securely connect your speaker cables to your speakers. McIntosh also utilizes their Power Control technology to allow the connections to other McIntosh components including pre-amps, CD players, turntables, media streamers, etc., to automatically turn on and off.

Below are the actual specs from McIntosh. 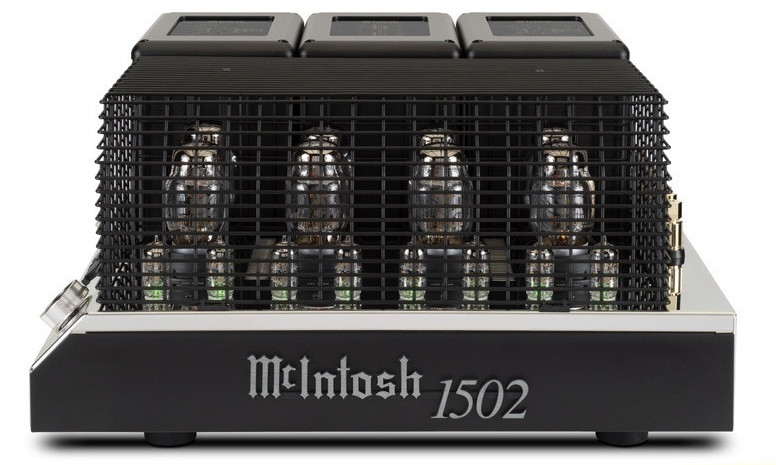 You can get more info from McIntosh

McIntosh was founded in 1949 and is known for delivering distinguished home audio systems that provide the ultimate experience in music and film. They offer products for two-channel stereo sound systems and multi-channel home theater systems with surround sound. They build products for the discriminating listeners around the world.

So are you saving up for the new McIntosh 1052 amplifier? I think you’ll agree this is a pretty cool machine. Not sure how many of us will end up with one, but it sure would be nice to have this thing driving your home audio systems. Please leave a comment below and tell me what you think. Thanks for reading.