These turntables are part of their Artist series. There are a number of turntables available with different themes pertaining to specific albums or individual band members. Check out the collection below. 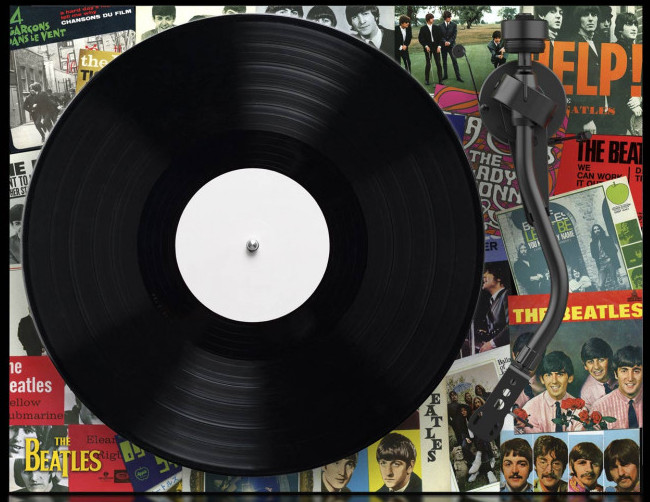 This turntable celebrate’s the release of “The Beatles Singles Collection”. This is a box set of singles in vinyl and the turntable is a collage of all the original Beatles’ singles sleeves. 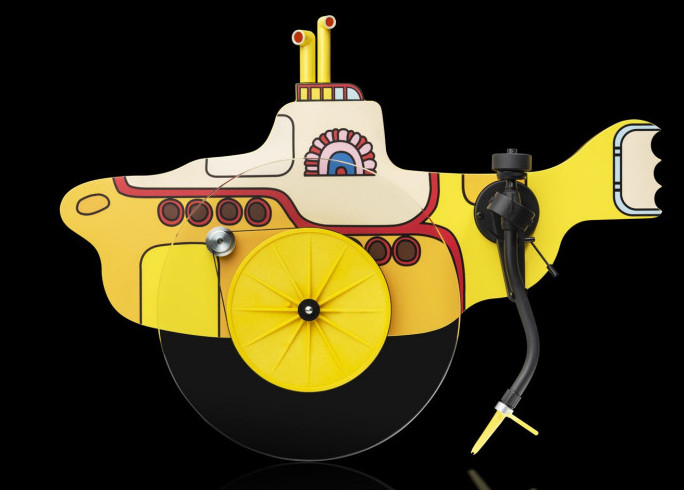 Back in 1968 the well-known Beatles movie “Yellow Submarine” was released in cinemas and remains one of their most famous creations. The Yellow Submarine turntable pays homage to this legendary movie and is the most distinctive turntable in the collection.

With its unique shape, this turntable is sure to be loved by Beatles fans. In addition, it has a glass platter so the full artwork can be seen, and it comes with a specially created yellow Concorde cartridge from Ortofon. The S-shaped aluminum arm adds to the overall harmony of the turntable. 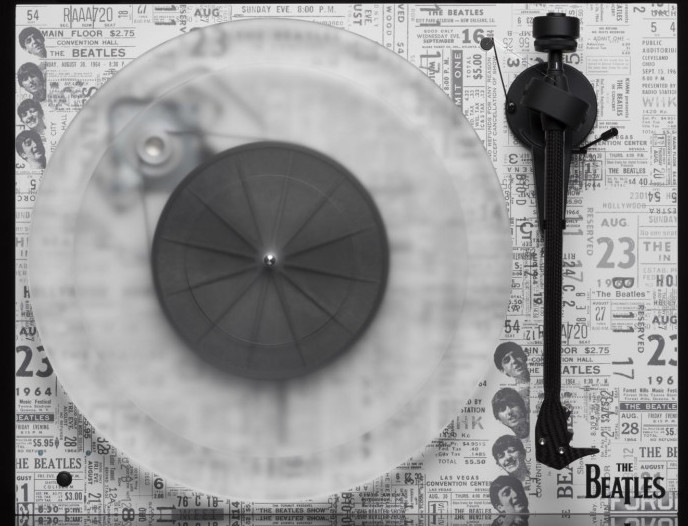 This is Pro-Ject’s Debut Carbon Esprit DC SB turntable themed for the Beatles’ historic 1964 U.S. tour which as we all know, spread Beatlemania all across America. This turntable sounds as good as it looks. It is a newly designed turntable that is setting new standards for the next decade.

The CARBON TUBE for the tonearm increased its stiffness thus decreasing unwanted resonance. This material is mostly used in high-end tonearms but is now being introduced in this lower priced turntable. Check out its other features at Pro-Ject’s website pro-jectusa.com. 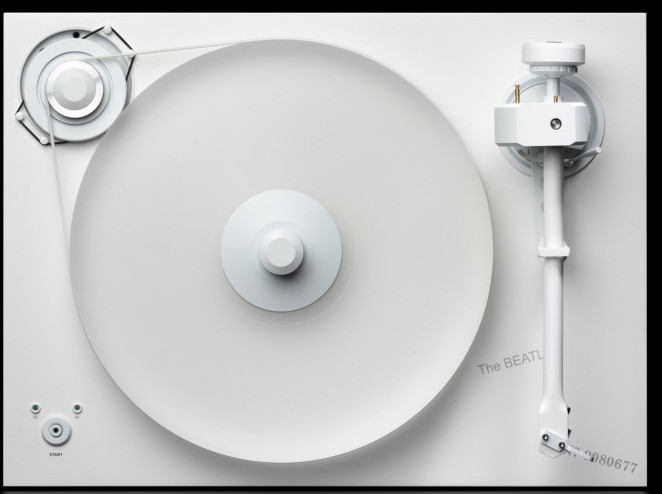 This turntable commemorates the 50th anniversary of the release of The Beatles White Album which was released Nov 22nd, 1968. As all fans know, this is a legendary album that reached number 1 in both the US and the UK. Many critics still list this album as one of the best of all time and features song writing from all four Beatles.

The 2Xperience SB White Album turntable is designed to extract the most from the remaster of the album done by Giles Martin, the son of the original engineer Sir George Martin. 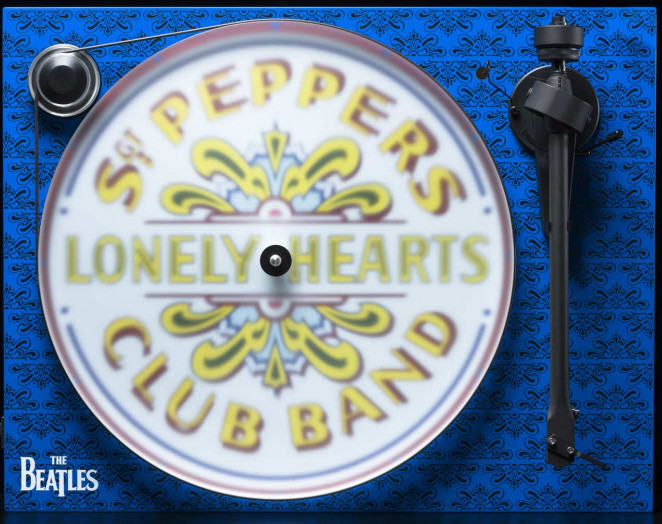 This Essential III turntable is inspired by the iconic Beatles album “Sergeant Pepper’s Lonely Hearts Club Band” and celebrates the 50th jubilee of this masterwork. This is a high performance turntable based on an upgraded Pro-Ject Essential III. 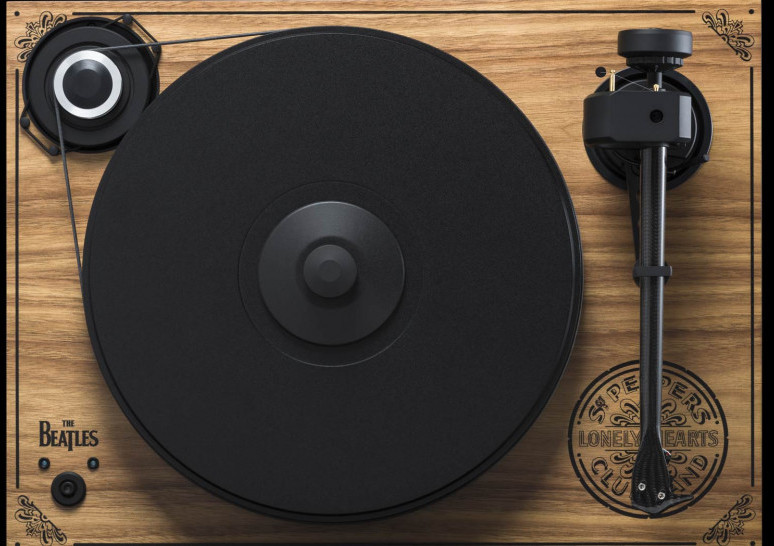 Another Sgt. Pepper turntable, this is the high-end Sgt. Pepper Limited Edition 2Xperience SB turntable. Created for the 50th anniversary of the Sgt. Pepper album, only 1000 pieces were originally created.

This is a high quality turntable with precision motor control and a 9cc Evolution carbon fiber tonearm that ensured outstanding playback quality. With too many features to list here, this is a collector’s dream and built to allow Beatles fans to hear their favorite band’s music the audiophile way. 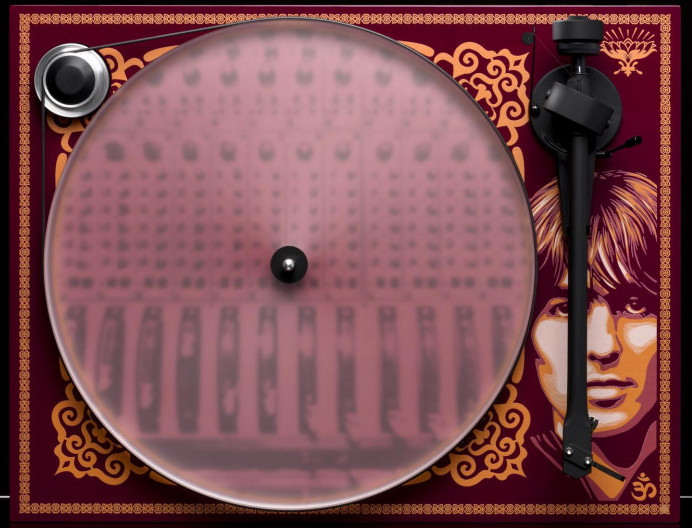 Collaborating with Bravado, Apple Corps, and Studio Number One, this Essential III turntable is based on the 2014 art-print lithograph designed by artist Shepard Fairey and George Harrison’s personal analog recording console which can be seen under the acrylic platter.

Built to honor George Harrison with a collectible turntable that is not just a fine example of analog audio design but can also play his music. A perfect turntable to play George Harrison’s The Vinyl Collection box set featuring all of his solo albums in one collection, all on 180g vinyl created from the original analog masters. What a great collector’s item for George Harrison fans! 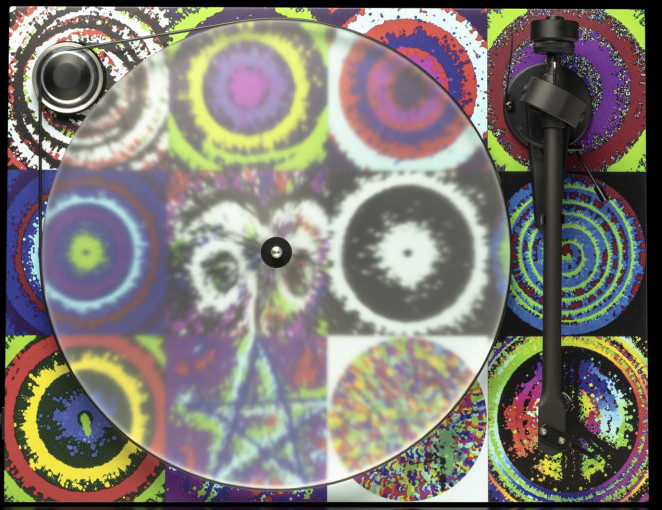 Our final Beatles related turntable is the Essential III Ringo Starr Peace & Love turntable. This turntable is a collaboration with the Universal Music Group and celebrates the 30th anniversary of Ringo Starr and His All-Starr Band.

Ringo Starr hand is All-Starr Band have been performing for three decades and features Ringo Starr collaborating with handpicked artists and friends.

This turntable was “handpicked” by Ringo and is the Essential III model with an upgraded acrylic platter. It also features high quality and audiophile components.

The artwork is actually designed by Ringo Starr and was developed by him over many years representing his dedication to love, togetherness, and care.

So what did you think of these Beatles inspired turntables? Being a Beatles fan myself, I think they’re pretty cool and not extremely expensive. Let me know what’s your favorite in the comments below. Thanks for your time.

You can see all of these turntables at pro-jectusa.com

If you are in the marked for a new turntable, be sure to check out our online store!